The Life and Times of Vince Bell, Texas Songwriter 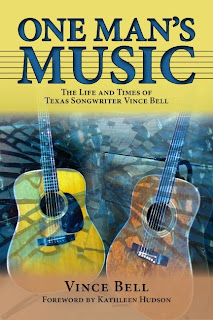 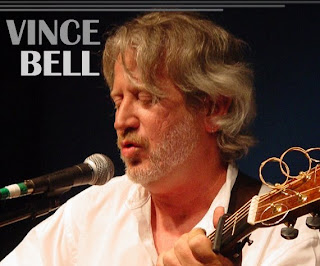 Vince Bell has been a stalwart of the Texas singer-songwriter scene since he emerged in Houston in the early 1980s. He was a rising star in Houston and in Austin until he was almost killed in a car wreck in 1983. A severe head injury effectively wiped out his career. For awhile. His determined rehabilitation and subsequent comeback have culminated in a trifecta this year: an album, a one-man play, and a wonderful book titled One Man's Music, that tells the tale. Head injuries are difficult to diagnose and even more difficult to overcome, which Vince relates well in his telling. We see progress from the outside; he sees it from the inside looking out. Either way, his recovery alone makes for an inspiring story. But it's the details along the way that make this such a good read, capturing the vibe of the Old Quarter and Anderson Fair in Houston through anecdotes such as his wild night opening for Townes Van Zandt and recalling his last recording session before his car wreck in which Stevie Ray Vaughan, Eric Johnson and Chris Holzhaus added their guitars. Tim Leatherwood, Mandy Mercier, Kathleen Hudson and a cast of great pickers and poets all make cameos.

This is a fine book about Texas music, the singer-songwriter tradition, and a personal journey that ends triumphant in the here and now. I'm proud to know Vince as both a friend and a fellow traveler.

Click on the headline to go to his website, www.vincebell.com and catch up on all his exciting exploits.
Posted by Joe Nick Patoski at 10:54 AM

Vince was a fixture in the Montrose area of Houston during the early days when good music was being invented. Unique then and now, he's always been gifted at expressing himself. I admire anyone that can make me laugh and cry through the tellin of their story.
Thanks,
Vicki