The Ballad of Little Dougie

He’s sitting on stage somewhere in the night. Clutching a Bajo Sexto. One of those deep throated Mexican instruments; a sonic cross between a 12 string guitar and a broken steel cable whacking beats against a wooden thunder drum. A tuba with strings. Doug Sahm is poised. Historically posed. Leather jacket, black cowboy hat, pointy toe black boots. Long Hair and shades. The real/true beat king of Americana long before it was deadened into a recycle bin for old rockers and hat acts and tired folkies. My friend Peter from England gave me this picture. Doug is probably one of the only gabacho/gringos who could play the bajo sexto; he also played guitar, steel guitar, bass, drums, and all of it. They say he played once with Hank Williams. He used to call me in the middle of the night and whisper arcane warnings: “Man you gonna get fat on Mexican food down in El Paso. Watch out.” He said he’d drive out to see me, but “them Mexican banditos out there would steal my Cadillac.” He called me “St Olav’s,” because he loved that song of mine. He even recorded it once. Doug wanted us to tour Norway together and take it all back. The fame, the glory, the Norwegian Kroners. It never transpired.

He was called “Little Dougie,” in those 1950’s photos. A ten year old kid behind a steel guitar. Then he was the young dude with Beatle bangs and flamenco boots who hit ‘em hard with “Mendocino” and “She’s About a Mover.” He sang with Dylan. He was American music in the raw/real sense; music drawn from the border, Mexico, accordions, steel guitars, East Texas blues, girls tight red dresses, white boy rock, and British Invasion boomerang POP. Doug Sahm. Crooning, moaning, and wailing his way through his own Great American Songbook.

I hung out with him in a New York deli once. He spent twenty minutes telling the waitress how to make real corn beef hash. Then we went back to his hotel room where he chastised me for tossing my cowboy hat on the bed: “No hat on the bed, dude, its bad luck!” Then he showed me his bag of vitamins, mineral water, and the special coffee machine he travelled with. The road warrior in his final season; with medicines for the ritual.

A year later he died, in a Motel, in Taos, New Mexico. Gone, but never gone. Little Dougie.

The other night I watched the Texas Tornados. Augie Meyers and Flaco Jimenez and Doug’s son, Sean. On fire. Doug looked down and whispered to “Boogie,” (which is what he called Augie) – “Heh, Boogie, keep your eye on St. Olav’s, don’t let him get fat on that El Paso Mexican food. And don’t let him throw his hat on the bed, boogie.”

Roll on, Little Dougie, roll on.

(I’ll send this one out to the regulars in “Bar Mendocino,” Helsinki, Finland.)
Posted by Tom Russell at 1:49 PM
Posted by Joe Nick Patoski at 11:09 AM 3 comments:

the Golden Triangle edition, written by Bob West of the Port Arthur News
click the headline for the whole column

"One of the interested spectators at the Nederland-PNG game Friday night was a fellow named Joe Nick Patoski. Joe Nick is the guest curator for the Bob Bullock Texas State History Museum in Austin, with the special task of showcasing the history of Texas High School football. He picked up some Jimmy Johnson and Little Joe Washington memorabilia from the Museum of the Gulf Coast and is constantly scouting for anything that will enhance his display due to open in July of 2011. One result of Patoski’s trip to Southeast Texas was a visit with Orangefield superfan Bennie Cotton, who is going to be spotlighted in the BullIock Museum. If you think you have anything that would add to the exhibit, particularly from the early years, Patoski can be e-mailed at footballexhibit@thehistoryoftexas.com . . . Patoski, by the way, could have attended all 87 games in the Mid County Madness rivalry and arguably never have seen a better, more entertaining one than the latest version. Count me among the multitudes who didn’t think Nederland had much of a chance. An unexpected victory like that over an arch-rival should certainly silence some of the sniping toward head coach Larry Neumann."


A few shots from the Nederland pep rally and the game, which is one of the best rivalry games I've witnessed. The boudin balls sold by the booster club three for $2 were pretty great too. 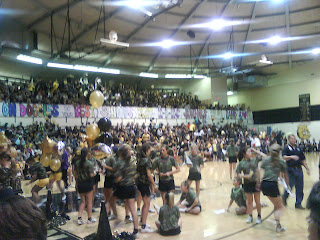 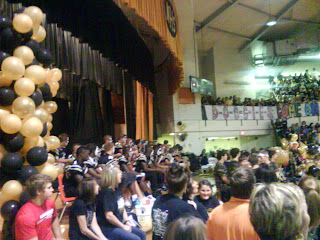 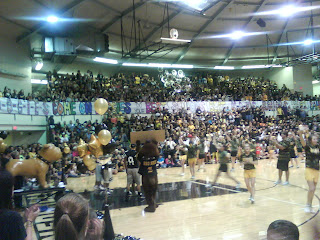 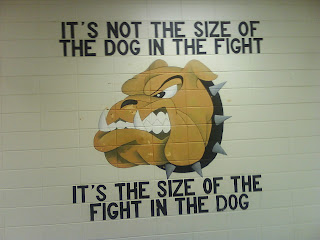 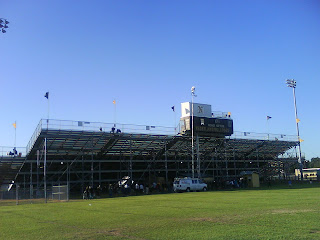 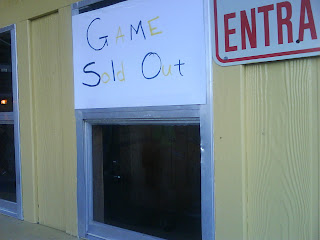 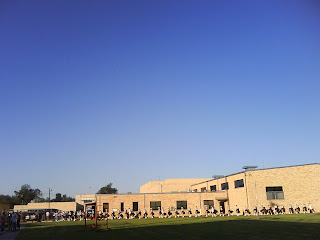 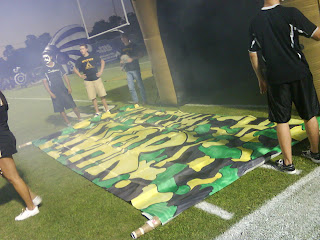 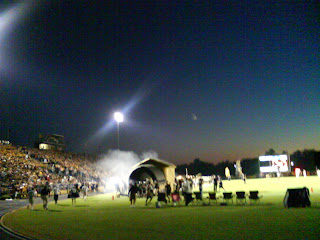 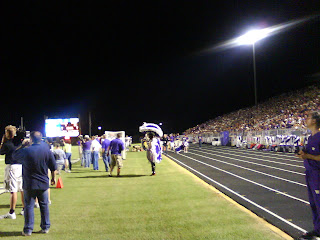 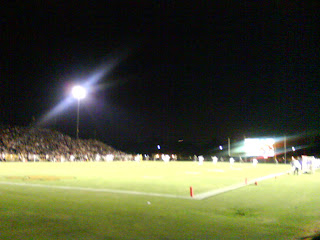