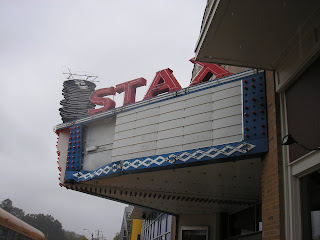 I visited the Stax Museum of American Soul Music on an appropriately gray rainy day. Good stuff inside, lots of music playing, a righteous gift shop and a pretty good telling by Robert Gordon of a less-famous piece of Memphis music history. Stax-Volt may have been the pinnacle of the Memphis Sound, defining soul music as it did with folks like Isaac Hayes, Otis Redding, the house band Booker T. & the MGs, the Staples Singers, Albert King, and lesser lights like the Bar-Kays, Big Star, and Moms Mabley, and was a triumph of salt-and-pepper sensibility, ow music was colorblind and how what was a good thing ended when Martin Luther King was assassinated and Beale Street torn down. 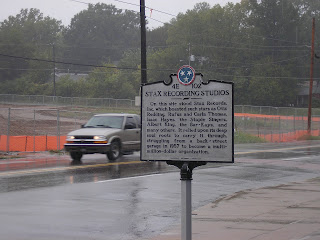 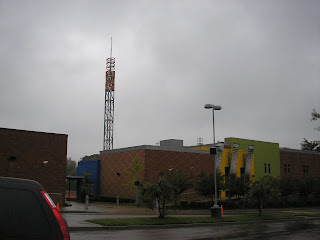 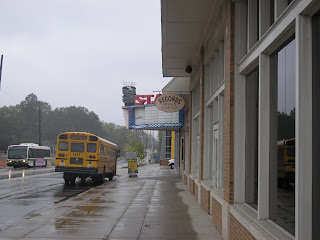 Naturally, Jim Dickinson, my favorite Curmudgeon of the South, put it in perspective, pointing out that Memphis let the building that housed Stax crumble and get torn down in 1989 and that what I saw at 926 McLemore Street was all a recreation. 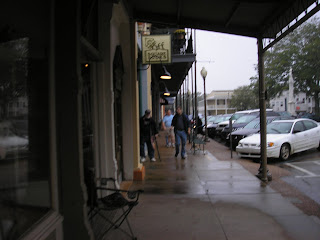 No wonder that I didn't get the same chills I've gotten at Sun Records and at the Lorraine Motel, the kind that tell you something happened here. At Stax it wasn't like that, although as I drove off, I slipped Otis Redding Live in Paris into the car player, and fast-forwarded to the end of "Try A Little Tenderness." With Otis filling my ears with "gotchagotchagotchanananana..." I finally got that chill.

At least the future museum across the street is still standing. 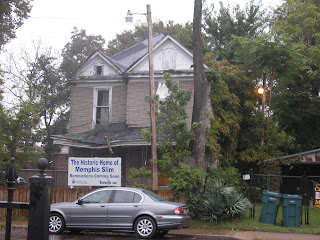 Plus there's some solid soul street art remaining in the 'hood. 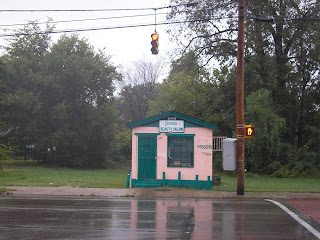 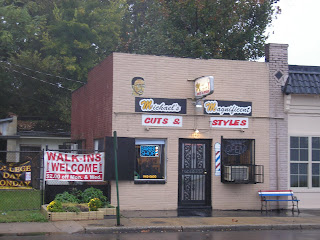 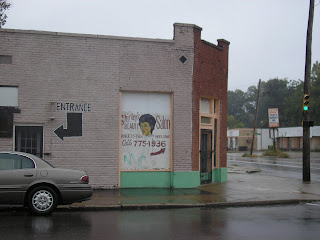