I recently finished reading the Willie Nelson biography wrote by Joe Nick Patoski called An Epic Life. This was the second bio I have read about Willie Nelson, the first one being about 15 years ago. I enjoyed this book much more, some of it is because I am a bigger fan of him now and am more interested in his story. But overall, it is a well written book and covers his whole life up to 2008. Willie has lived quite the life and seems like such a down to earth guy, not worried about money or what people think of him and such. He seems like the kind of guy that would take time to actually talk to you and listen to your stories, be a great honour I think to meet ol' Willie. He truly is an original outlaw, how many people can say they smoked a joint on the roof of The White House. Well, Willie can!!!

If you have any interest in Willie Nelson or country music period, this is a book well worth looking into. Highly recommended reading material.
Posted by Joe Nick Patoski at 9:38 AM No comments:

Monterrey Tec (click on the headline for info on the school) was the second football team from Mexico to show up this season at the Palace on Parmer for a game against 5A powerhouse Stony Point High School of Round Rock.

Prepa Tec, the prep school for Tecnilogico de Monterrey, is the best high school football team in Mexico, national champs for the past seven years running. Which is not surprising because Monterrey is the most upscale Texan city in Mexico (the HEB in San Pedro rocks and has valet parking) and is all of two and half hours from the border

Five years ago, Prepa Tec started playing big border high schools in the Rio Grande Valley including McAllen High (a great story on that meetup that ran in the Washington Post can be found here
http://blog.washingtonpost.com/why-we-compete/2007/10/community.html )
and Mission High, and rolled over 3A Port Isabel 51-0 and 4A Rockport-Fulton, 47-0.

Last year they played 5A powerhouse Allen High north of Dallas to a respectable 35-21 score.

This year, they're traveling deeper into Texas and playing five top shelf Texas high schools, all 5A or 4A - The Woodlands, Highland Park, RR Stony Point, Gregory-Portland and Corpus Christi Ray.

"We got stomped" by the Woodlands, 44-7, an assistant coach told me before the start of the Stony Point game. Allen High was a slight improvement losing 35-21. 4A Highland Park whupped them 52-30. Stony Point was pretty ugly after halfway through the first quarter and ended up 52-7. Maybe G-P or Corpus will be more competitive. Getting trounced by bigger, faster teams has its upside, the assistant said before the Borregos Salvajes (the Wild Rams) took the field. The team was getting better as the competition was getting better. He promised, "Five years from now, we're coming back and beating Allen and The Woodlands." 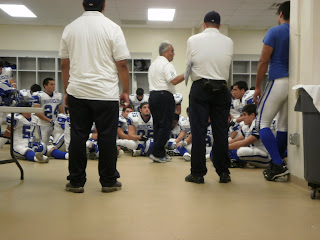 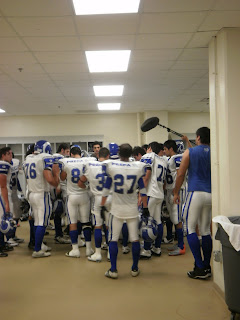 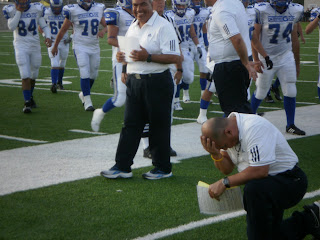 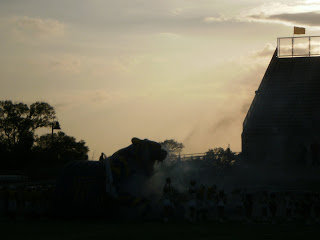 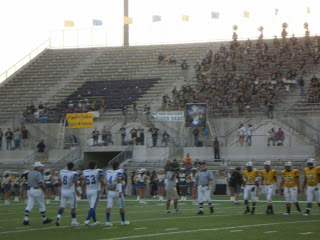 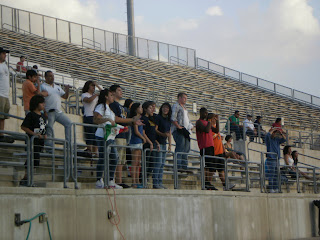 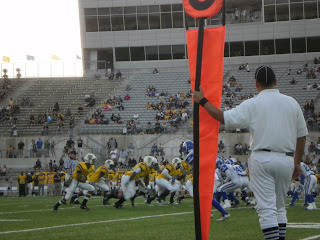 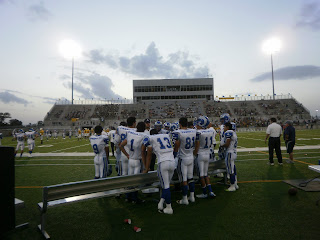 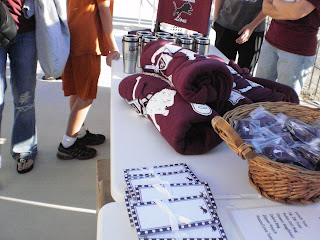 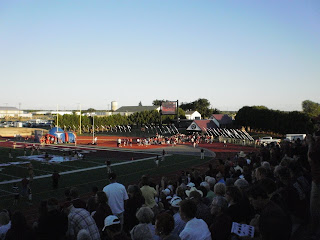 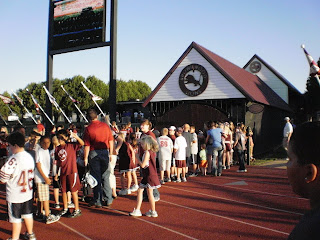 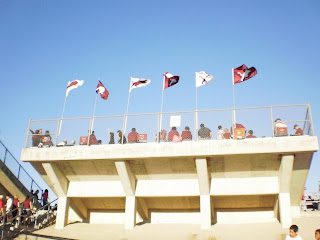 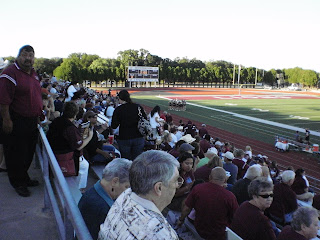 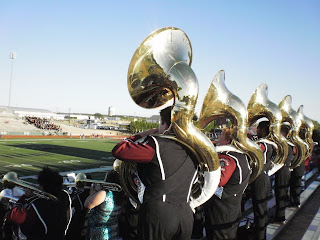 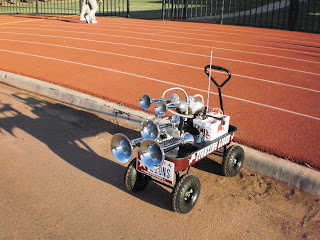 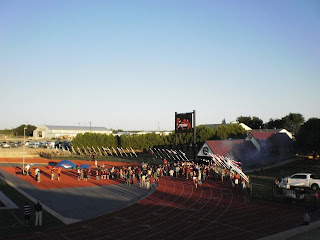 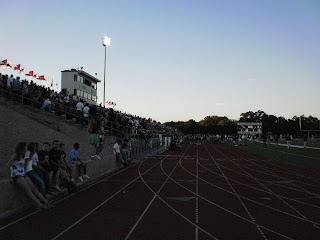 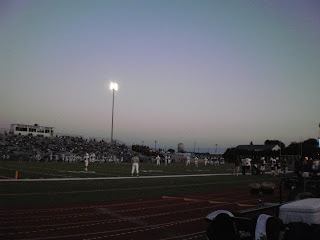 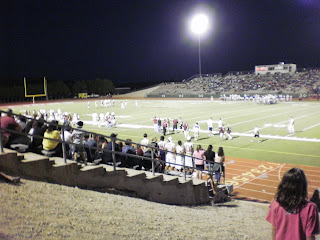 Posted by Joe Nick Patoski at 8:38 PM No comments: