Turner Stephen Bruton, the Fort Worth flash and "the best damn rock and roll guitar player in the world," as his friend, mentor, and bandleader Kris Kristofferson would introduce him night after night, rode off into the sunset on Saturday at the doorstep of the Pacific Ocean. 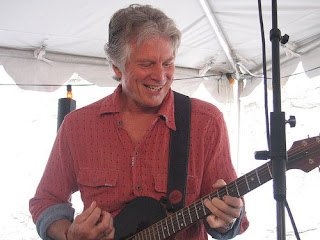 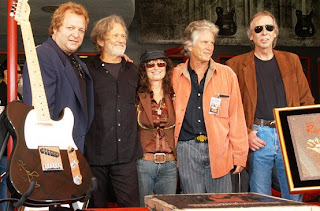 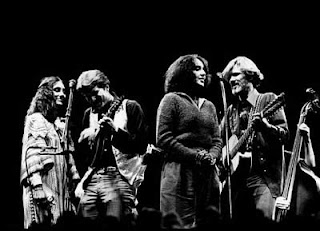 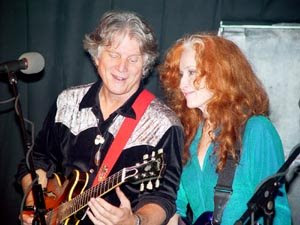 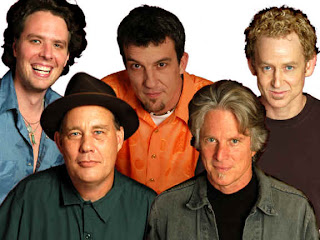 Stephen was music, a genuine player's player. He was a mandolinist, banjo picker and guitarist who trafficked in bluegrass at Arlington Heights High School where he was recognized as Most Talented and performed with the Brazos River Ramblers. His mom and dad ran Record Town, a record shop across from TCU that his brother and mother still run today, and one of the greatest dispensers of "hep" Fort Worth ever had, educating critic Dave Hickey, producer T-Bone Burnett, and western swing scholar Kevin Coffey, among others.

He rambled around briefly after graduating from high school, hanging out in Woodstock with Geoff Muldaur and the players in the Band before hooking up with Kris Kristofferson, for whom he ended up playing lead guitar for 17 years. Back home, he dove into the blues at local jooks, most prominently the New Bluebird Nite Club, where he and his high school music buddy T-Bone (formerly J. Henry) Burnett co-produced an exceptional gritty live recording of Robert Ealey & His Five Careless Lovers, a band that included Stephen's brother Sumter. Stephen fronted his own occasional Fort Worth band, Little Whisper & the Rumors with Jim Colegrove, whom he'd met up in Woodstock, when he wasn't hanging in his new hometown of Los Angeles, where he was the kid with the gig to a cadre of hungry Fort Worth expats including Delbert McClinton and Glen Clark.

After leaving Kristofferson, Stephen joined up with Bonnie Raitt just as she was enjoying her second burst of fame for Give It Up for an extended spell, writing songs for her. He briefly worked with Bob Dylan.

His movie star good looks were the real deal. He appeared in a number of films beginning with "A Star Is Born" and "Songwriter."

For the past 13 years, he fronted the Resentments, a collective of clean and sober players (Jon Dee Graham, Scrappy Jud Newcomb, Bruce Hughes, the late Mambo John Treanor and John Chipman)who held court early Sunday evenings at the Saxon Club, an under the radar joint where they developed a bar band groove so cool, they were "discovered" and toured Japan and Europe, but hardly anywhere else in the United States.

Stephen was diagnosed with cancer in December 2006, a few days after I visited him to talk about Willie for the book I was working on. We ended up talking about Fort Worth's rich but hidden music history, touching Sock Underwood, Robert Johnson, and graveyard jams involving white and black musicians in the days of segregation.

After a long fight with his sickness, he left Austin this past winter when T-Bone Burnett chartered a jet for Stephen the night after T-Bone won a Grammy and brought him to Los Angeles where they were working on a movie soundtrack.

Stephen had a full life despite barely making it to 60. He had so much more in him, though, his early exit is a huge loss for those who knew him and loved him and those who simply knew him through his music.

Condolences to his mother and brother, his wife, and all his family and friends.

Services for Turner Stephen Bruton will be at 10 am Saturday, May 15 at Holy Family Catholic Church, 6150 Pershing, in Fort Worth. Burial at Mount Olivet Cemetery will follow.

There will be a viewing at Thompson's Harveson & Cole Funeral Home, 702 8th Avenue in Fort Worth on Friday evening beginning at 5:30 pm.
Posted by Joe Nick Patoski at 1:42 PM

thanks for posting this, joe nick. got home this afternoon and saw her post on facepage.... man. this is a very sad week....
francie meaux jeaux

This post will be linked in tomorrow's (5/11/09) Travus T. Hipp Morning News & Commentary posting at Archive.org and at my site. Thank's for the well-written tribute.

Losing all these contemporaries is a grim reminder of our mortality. Live every moment to the fullest and enjoy life.

This is very sad news. I shop at Record Town frequently and Mrs. Bruton and Stephen's brother Sumter must be devastated by this loss. I heard about T-Bone's generosity straight from Sumter and that it goes to show how much Stephen was loved by his friends and family. We all hoped that the extra attention Stephen was getting in California would pull him through. I never got to meet Stephen personally, but his records, productions and his stories will live on in here in Fort Worth and around the world!

Thanks for this well written article about an inspiring musician and fantastic guitar player.

from my friend David Bennett


I don't know if I've told you this before so forgive me. but he used to perform often at the Lone Star Cafe in NYC that was a half a block from my house. before he would get there I'd call him and leave a message telling he could have my apartment then I'd have to find a place to stay. He always took me up on the offer to save hotel money, etc. After he had been doing it for a while, once I called in the early afternoon because I had to pick up something from my apartment. told him I'd come by around 4 pm. he said "A friend of mine will be here. hope that's ok." I told him of course it was OK.

so I walked up the three flights of stairs to my apartment and the door was open a little and I could hear Stephen playing guitar and singing with his friend. to wait until the song was over I just sat down outside the door and listened. there was some wacky tabacky smoke coming out and the music was great. I leaned against the wall and Stephen and his friend swapped solo singing. during one of those times, I could tell that his friend wasn't the woman I expected, and he was weird but good. hard to understand. halfway through his friend's part of the song, I realized that he sounded really familiar, but I didn't think much about it until near the end of the song when I could tell it was Bob Dylan. I almost passed out and would have fallen down the stairs so I just sat down again. when the song was over I applauded and Stephen opened the door and invited me in. It was a very small place, about 15 x 15 feet. Dylan was lighting up the cigarette again, and I was just out of it. dizzy. my hands were shaking when stephen introduced us. bob didn't look at me. had on a big hat so you couldn't see his face very much. but they played a couple more songs and I was crying with joy.

please listen to this. love, d