A few weeks ago, Mike Leach, my favorite college football coach because he went to law school and holds up pirates as role models, went on a tirade after Tech lost to the University of Texas in Austin. He got so pissed during the postgame press conference that he singled out the officials, invoking the chicken-egg metaphor,

It’s a little like breakfast - you eat ham and eggs. As coaches and players, we’re like the ham. You see - the chicken’s involved but the pig’s committed. We’re like the pig, they’re like the chicken. They’re involved, but everything we have rides on this. 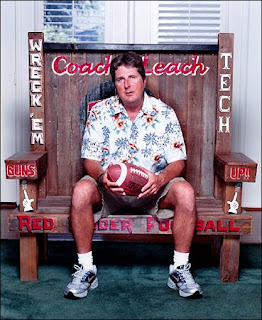 Jim Dickinson writes that in studio circles in Memphis, this is referred to as the Ham Factor:
"This breakfast analogy is referred to in audio engineering as the Ham Factor. It refers to such practices as recording echo or committing processed or effected sound to tape in the tracking or overdub process rather than waiting 'til the mix. So- and -so has a high Ham
Factor- one would say. I have always said the chicken makes a "contribution," but "involved" in truly better!" 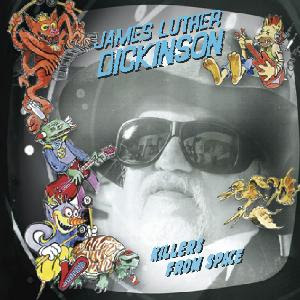 Up here in Lubbock, the twin coaches, Bobby "Shotgun" Knight, and Whining Mike Leach keep us entertained. Leach caught a 10K fine for the tirade Joe Nick mentioned. Local radio stations raised money to pay it in sickening promotions. The Tech students now sing the F-word in the school fight song. They point out that both Knight and Leach use the word in television interviews.

This morning there is an AP story about Bob Knight shooting his shotgun in the direction of a couple of citizens inside the city limits. Knight shot one guy accidentally earlier with a shot gun. He was sued and lost. He had to pay a fine for hunting without a license.

Today's AP story about Knight appeared on the Avalanche-Journal web site, then it came down. The Lubbock Police will not release the police reports. Anything Bob Knight does is worshipped in these parts.

The ham factor is in ham actors. These two millionaire coaches keep me laughing and talk radio jumping.
Johnny Hughes

Actually, I think M.B.A.s learn that pirates are role models if successful. Certainly everybody in the financial knows it.