Driving across the Rio Grande Valley, listening to Hugo de la Cruz doing the Friday Night Scoreboard in Spanish to the tune of football marching music and team corridos makes one appreciate the unique sense of place the Valley conveys. You're like nowhere else.

The latest evidence was found out on Texas Highway 100, on the other side of the booming roadside town of Los Fresnos from Little Graceland, 18 miles east of Port Isabel and South Padre Island, just west of the Vickie Roy Home Health Care billboard with Vickie Roy posing with her husband Chad Roy in an Elvis jumpsuit.

In the vernacular of oversized concrete sharks and creatures that decorate the fronts of T-Shirt shops up and down the Texas coast, Bobz is a series of mixed-themed giant sized monuments. That's because Bobz' corporate parent, Seven Seas, is the warehouse for those shops - you think those elaborate lamp shades and curtains of hundreds of tiny shells are one-of-kind? There's plenty more where that came from. In that spirit, Kevin the artist has constructed an impressive collection of concrete creatures either nautical, such as the the giant sea snail or the leaping squad of happy dolphins, or prehistoric, as the brontosaurus out front suggests, although a pirate theme was emerging judging from the rebar skeleton.

Inside were more souvenir shop items than a Bowlen's on Route 66. There was a snack bar with ice cream, beach wear, shell art, personalized pens, fart powder, computer mouse joy buzzers, cheese, kitsch, cutesy, Biblical themed merch - everything a roadside attraction should have. A Christian music radio station played on the sound system. The cashier didn't understand my question until I asked in Spanish. Free. But don't climb on the statues.

UPDATE: I googled Bobz and found that there was more to Bobz World than met the eye, and what I was seeing was the home office of Seven Seas. For $15 I could've experienced the full tilt Bobz, with a fake volcano. Instead, I saw it on this you tube vid: 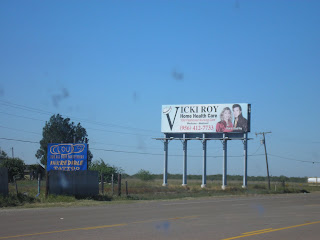 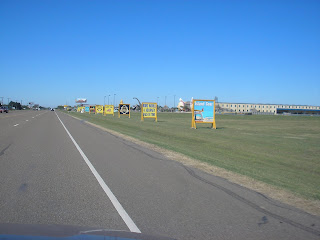 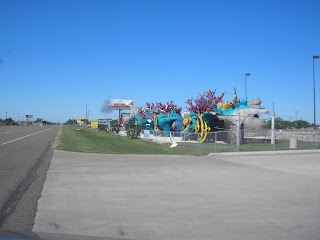 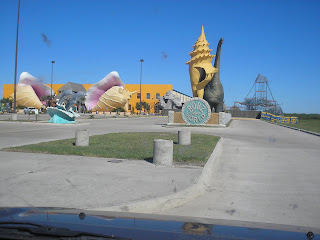 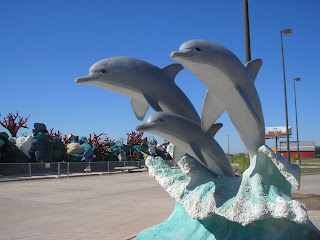 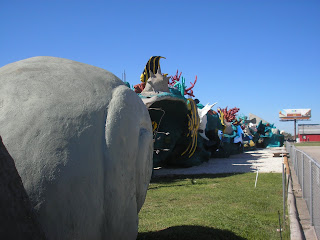 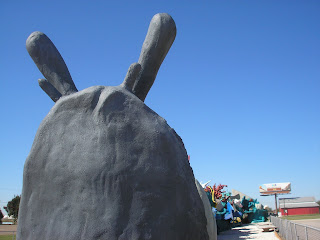 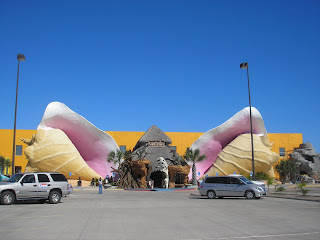 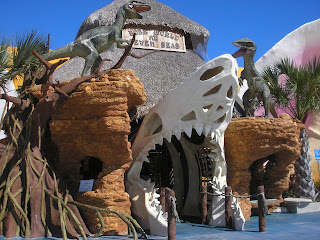 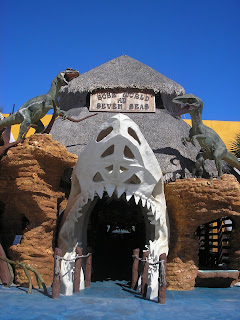