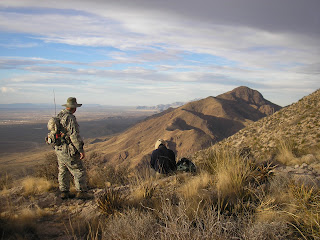 Isabel Cowles filed a fine report on the event in Huffington Post. Click the headline for the link. Here's what Ms. Cowles wrote:


I am not a native to the lone star state, but I've recently come to understand the old adage, "Don't Mess With Texas." While some non-Texans may associate this phrase with staunch federalist tendencies and a love of guns, the sentiment runs deeper than stereotypes, and is a concept we would all do well to adhere to in our own locales.

Last weekend, I had the privilege of attending the annual Texas Land Trust Council meeting in Austin, which was dedicated to conservation and land trust issues across the state. Before I went to the conference, I understood Texans as citizens who favor individual rights more than anything, which includes the right to own and develop land. Living in Houston, which thrives off its lack of zoning, I've seen the unmitigated privilege of landownership at work: people do what they will with the space they own, and they're proud of that freedom.

The concept of land ownership and rights was at the heart of the American frontier and the cultural sensibility that endures today, especially in the West. Before attending the TLTC, I wondered where contemporary cowboys would stand on the concept of federally protected land. How could a group of hunters, ranch-owners, lawyers, biologists and impassioned environmentalists possibly agree on conservation issues?

Apparently, I had over-thought the matter. Joe Nick Patoski, Texas author and naturalist, articulated the stunning simplicity of the issue in his opening remarks: "Without open space, Texans wouldn't be Texans." It is that simple. Texans are bound to the grasslands, the prairies, the bayous and the open skies of their state. They are proud of the beauty that they come from, they are part of the beauty that they come from, and many of them recognize the immediate need to balance development with preservation.

Most of the speakers at the event identified themselves by how many generations of Texans had preceded them, and there was a shared recognition of the pride that comes with deeply identifying with a place. These Texans see the land as an extension of themselves because it is the space that bore them and many of their predecessors. Not a century ago, much of this land was still rugged and uninhabited. The TLTC attendees were, in many cases, the direct descendants of people who pioneered this state.

Yet the identity of Texans is threatened. The state is currently losing 200,000 acres of open space every year, which is of major importance to the landscape and the ecosystem as well as to state residents. Suburbs and developments contribute to habitat fragmentation, land and water pollution and the disappearance of thousands of acres of trees, grasslands and wetlands that are an essential to biodiversity and, ultimately, to Texas identity.

Land that has been developed cannot be undeveloped: land that bears the scars of bulldozers and buildings cannot soon enough become an integral part of the ecosystem again. If it goes, plants, animals and essential human elements go with it.

Preserving land is one of the most essential measures we can take to ensure a healthy planet, and, as the Texans I met recognize, a healthy society. No hunter, rancher, lawyer, biologists or environmentalist would be anything without the space that sustains him or the land that defines him. People across America need to take a cue from this mentality and apply it to where they live.

I am nothing but a first generation Texan by way of New England. But as I returned to Houston from Austin, I felt proud to be part of the beauty of the sprawling grasslands and spreading sky--in the same way I am proud of forests and lakes I grew up with. We do not need to be natives to a place to identify with its natural beauty or frailty, nor do we have to be natives to make a difference to the space we inhabit.

This modern age encourages us to move from place to place as we pursue our right to opportunity, happiness and success. We must not let this peripatetic lifestyle keep us from 'putting our boots on the ground.' The best way to care about our natural surroundings is to spend in them. The more we enjoy where we live, the more likely we are to recognize how integral the space is to our lives.

It is intimidating to consider that we are nothing without the land that sustains us. But the thought is also inspiring: we can each make a difference in protecting and preserving the earth, in a hands-on and immediate way. Visit your local land trust, public park, urban garden or arboretum to see how you can get involved. Or use one of the following national resources for inspiration. You'll feel proud that you did.

The Trust for Public Land

Nice write up in the HuffPo, Joe Nick!