The Tex and the Mex

I was reading this blog last week in the New York Times written by staff writer Joe Drape, expounding on an article he had written in the hard copy edition about Dallas Tex-Mex.


I give him props for tackling a touchy and very subject topic that inspires fightin' words,' and for citing Robb Walsh and his most excellent book on the history of the subject. 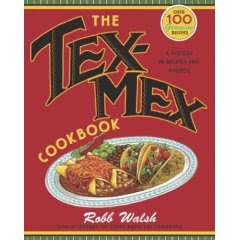 Having had several discussions with Robb on this subject in the past, I couldn't help but weigh in on the discussion thread following Drape's blog, an exercise in which I rarely partake:

As it was, I was first on the thread and what followed was a most interesting meander through
Tex-Mex with most others' opinion of course wrong-headed and way off base although Tex-Mex in Paris inspired its own blog (note to those folks, you can't talk Tex-Mex in Paris pre-Mario even without talking about Le Studio, which I believe was started up by two guys from Dallas back in the early eighties. I do remember it was good enough to return to several times. Number Twenty Five, down towards the bottom of the thread, made what was already a pretty great week. Thanks, whoever you are. Plus, you're on the money on the other comments.