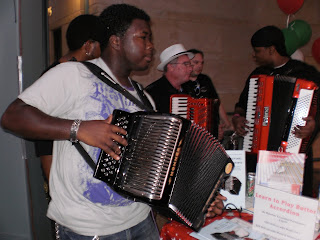 Eighteen year old Keyun Dickson, who leads his own band, the Zydeco Masters, took the Big Squeeze crown, besting 14 year old Nachito Morales from Dallas who brought along a huge fan club; 19 year old Chuy Zamora Jr from San Antonio, a student of Rodolfo Lopez and a graduate of the Conjunto Heritage Taller in SA; and Ruben Paul Moreno, a multi-instrumentalist who performed on a Cajun accordion accompanied by only a rubboard. Dickson got the nod with a spirited, physical zydeco throwdown peppered with showmanship. 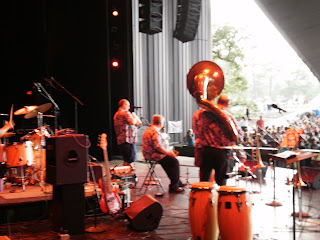 The Accordion Kings and Queens opened with The Texas Czech Legacy Band from the Houston area including three members who'd played with the great Bobby Jones, who disappeared three years ago during heavy flooding on the Colorado River, and whose legacy remains in the German film Schultze Gets the Blues. 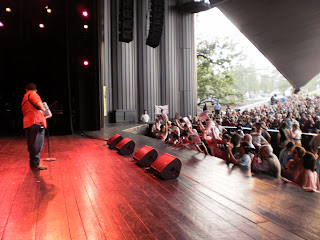 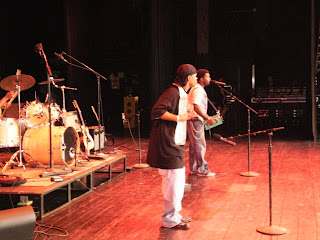 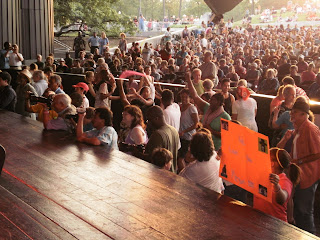 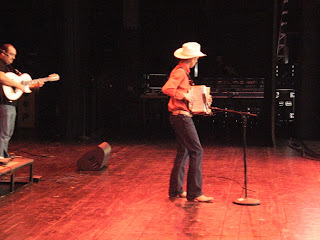 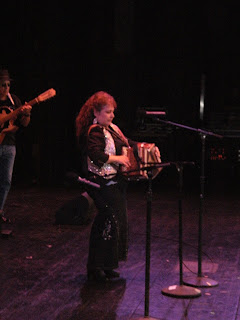 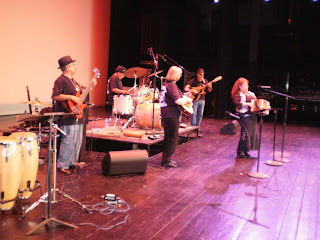 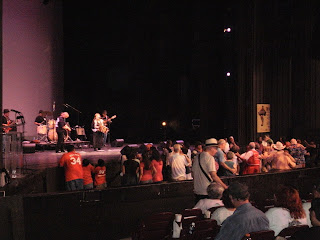 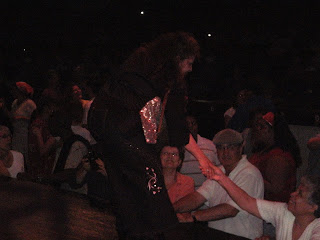 Eva Ybarra, the Queen of Accordion from San Antonio, delivered a solid set accompanied by a full band including Rita Del Rio working a vihuela, rather than a bajo sexto. She soared on the cumbias, including a frenetic cover of Fito Olivares' "Juana La Cubana." Throughout Eva's performance, I kept hearing shouts of "Girl Power." Yep, she can squeeze toe to toe with Flaco, Esteban, Mingo, Joel and other male accordion greats, but none of the boys can match her voice, which belts out songs passionately with the same verve as Lydia Mendoza. 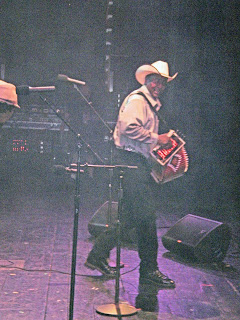 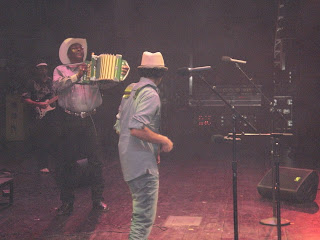 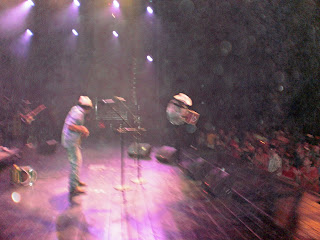 Leroy Thomas and the Zydeco Roadrunners tore the roof off the sucker (even though the Miller's roof is really an open air cover) with a sizzing set of foot-stomping old school zydeco, with Big Squeeze finalist Ruben Paul Moreno on rubboard (I don't know where Moreno is headed, but I want to be there when he arrives; you read it here first). Anyone who can cover the Everly Bros. "When Will I Be Loved" and "Whiskey Bent and Hell Bound" by Hank Williams, Jr. and make em both sound soulful and hard-driving has got it going on, in my book. 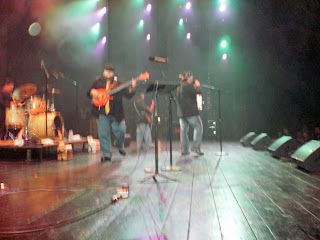 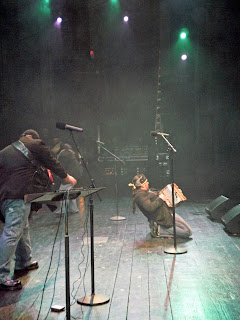 Closing out was Albert Zamora y Talento, a Corpus conjunto with synchronized moves and a front man who has the potential to be the next Steve Jordan because he's working 'way far out of the traditional accordion box. Kneedrops, the accordion and bajo sexto played behind backs, and a stroll through the crowd in the middle of a song demonstrates Talento knows how to please a crowd. It's their potential taking it to the next level that make them worth watching. This is not your abuelo's and abuela's conjunto. 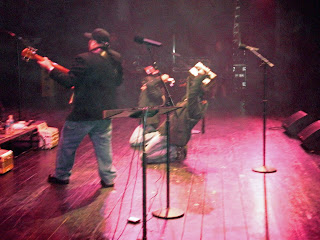 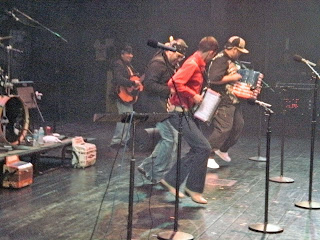 The last two Big Squeeze winners, Heriberto Rodriguez, an Edcouch-Elsa High student from the Rio Grande Valley, and John Ramirez from H-Town, who infuses his conjunto playing with a dollop of hip hop, also performed with Albert Zamora, matching him lick for lick and step for step. 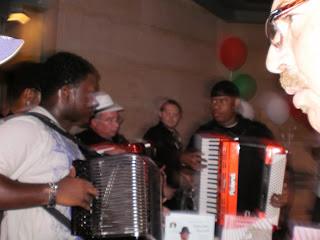 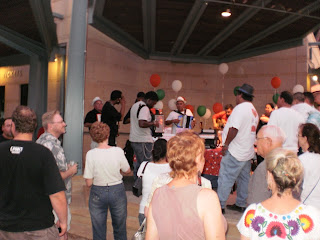 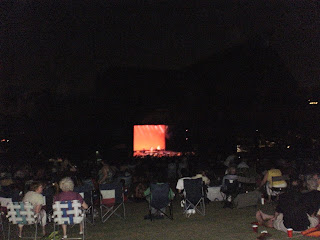 The best part of this year's Accordion Kings and Queens and the Big Squeeze was the crowd, who collectively danced their ass off on the floor at the front of the stage, and the players, who were jamming off to the side and watching the other players' play. There was more musical cross-pollination going on around the accordion on a Houston Saturday night than you'll ever find at a folk festival. This wasn't folk music; it was just good music, powered by the squeezebox.
Posted by Joe Nick Patoski at 3:18 PM

I enjoyed the show JN. You were a great MC. Lots of folks and lots of rears out of their seats and dancing!

Thanks, Joe Nick! You were great at the concert as MC and great here, writing it all up.

This was an awesome event...I just do not understand the purpose of the Big Squeeze Competition we had a winner this year that is a professional with his own band for quite a long time, My understand according to Mr. Hector Galan it is for young accordionist that are just gifted with that talent!!!