Springfield, Ohio: The End of the American Road 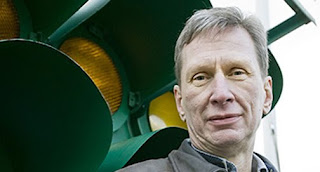 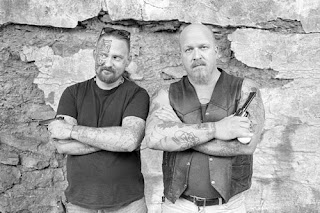 On our way to Montreal a few weeks ago, Ed Ward suggested we contact his longtime friend Terry Byrnes. Terry showed us around Oscar Peterson's old neighborhood and turned us on to the wonderful farmer's market in southwest Montreal Marche Atwater, which I've learned sounds way cooler when you say it in French.

Terry's biggest revelation was the photography project he's been working on for 43 years - that's right, photographing one place over the course of four decades - the town of Springfield, Ohio, which was the terminus of the National Road, aka the Cumberland Road, the first highway in the United States which was extended to Springfield in 1838.

Most photographers couldn't get away with Terry's slow, purposeful documentation. Perhaps it's because he shows up once a year and people remember - enough to refer to him as "the Canadian," an outsider cool enough and far away enough to be tolerated. The Springfield Museum of Art has recognized his Main Street Project, as it is known locally, with an exhibition and by showing his work on their website:
http://www.springfieldart.museum/content/view/198/282


Springfield is a rust belt town and shows it in the slow decline that Byrnes has documented. If the town appears to be beyond saving, the people living in it compensate by being a most colorful lot. There's a haunting quality to every image below the surface, perhaps because of the backdrop of industrial decline, creeping poverty, and not much reason to hope.

And yet, the images beckon, to be looked at, examined, thought about. Some project beauty; others truth. No two are alike. The camera captures a moment in life in each image. Forty three years of that tells a deep, rich story. Terry told us he thought his Springfield project. Lately he's been focusing on abandoned homes and ephemera that he's found. Like an archeologist, he's sifting through the ruins, trying to make sense of it all until there's nothing left to ask questions about. 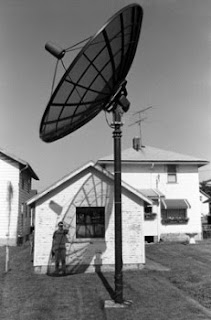 As a lifelong resident of Springfield, Ohio, I find this project immensely fascinating. I would love to see the photos Mr. Byrnes has accumulated. I'll be sure to visit his website. And yes, we are a colorful lot, aren't we? ;)

Being one of the people photographed in Terry's Main Street Springfield exhibition was a real honor. Having been photographed again ten years later was just as cool. I'm the bald man with the gun next to the man with the tattoo on his face. I consider Terry Byrnes a true friend.

I love Terrence Byrnes. He has come into major points in my life in Springfield Ohio.
He has been a treasure to me every time I see him. For example, in 2010, he brought along his wife. Terrence, that was nice touch.
I hope I see you this year as well.
Princess J, a.k.a. Princess Jeanette Marie Littleton

Terrence, I meant to say, "Keep on keeping on", and bringing your wife along was a special event in 2010. I'm sure more for you than me, having just lost my spouse, but I'm not hating on you. Well peace out. Princess J. P.S. We hope to see you this summer of 2011. Take Care.