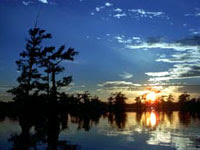 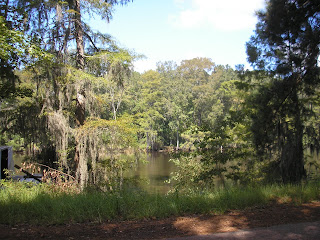 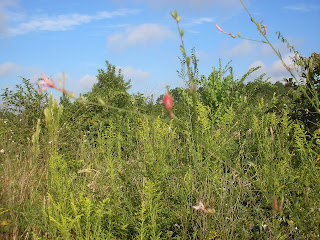 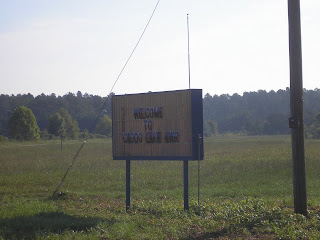 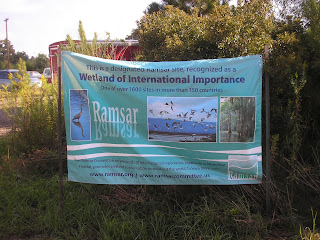 For once, the good guys won. The 8,400 acre Caddo Lake National Wildlife Refuge in northeastern Texas was dedicated on National Public Lands Day on the last Saturday of September, its existence laying down a marker in a decades-long contentious fight that pitted the locals of Uncertain against big money, politically-connected interests in nearby Marshall, Don Henley against power plant fatcats, the natural world and science against economic development boosters and the Growth Is Good At Any Cost crowd, and vindicating the efforts of Don Henley, the local boy from Linden who made it big with the band he belonged to called the Eagles, who never forgot the place where he caught his first fish in 1955.

The refuge, a dense mix of pine and hardwood bottoms - a flooded wetland forest, as it were - sits where the Longhorn Army Ammunition Plant once was located. Twenty years before the refuge's dedication, the U.S. Army destroyed its last Pershing 1-A missiles here under terms of the 1987 Intermediate-range Nuclear Forces Treaty. The last remnant of that era is a 1941 vintage guardhouse, the only one of 451 buildings erected on the site still standing; its restoration was ironically aided by a $25,000 grant from the City of Marshall, which had previously sought to increase the amount of water it took from the lake and tried unsuccessfully to put a power plant and an industrial park on the site, among other schemes. But it was the proposed Daingerfield Reach barge canal that sparked a protracted fight from communities around the lake and prompted Henley to underwrite the creation of the Caddo Lake Institute in 1991 near the town of Uncertain.

That was then. Now, the odd coalition of lake defenders including the Greater Caddo Lake Association, the town of Uncertain, the Chamber of Commerce, Texas Parks & Wildlife, and the Caddo Lake Institute, among others, could revel in the fruits of their labor - a wild place next to the lake that would remain that way.

The event was crawling with Boy Scouts who assisted with parking and led the Pledge of Allegiance and the presentation of the color guard.

But perhaps the most important player in the protracted conservation effort, Dwight Shellman, was absent. The Aspen, Colorado attorney who Henley enlisted and who eventually moved to Caddo to become part of the community was stricken with a degenerative disease and can no longer travel. His son came to represent him.

Robbie Speight, the burly head of the Greater Caddo Lake Association, introduced me to his new wife, who is a wildlife biologist for Texas Parks and Wildlife. Tom Walker, a librarian active with the coaltion, was positively giddy as he made introductions, including one to Richard Bowden, the force behind Music City Texas and the music guy whose band was the first Don Henley ever played in. Jack and Nancy Canson, who helped publicize the conservation efforts and work, filmed the event.

Master of ceremonies retired appellate Judge Ben Z. Grant opened the event acknowledging folks like Loucille and Fred Dahmer, who wrote extensively about Caddo Lake in the 20th Century (his 1988 short history "Caddo Was" remains a classic)and Betty and Robin Holder (she was the sassy, outspoken Mayor of Uncertain). Grant concluded by saying with confidence, "God smiles on our undertaking. This land — if you go back in history — was part of the Caddo Nation. In my mind's eye, I can see a time when this land was home of the Indians."

Members of the Caddo Culture Club, part of the Caddo Nation descended from the original human inhabitants of the refuge, blessed the event with the Drum Dance, "one of our most sacred dances tied to our creation myth in which we came from under the ground into the light," explained Phil Cross of CaddoLegacy.com. Four male drummers drummed while chanting and moving in a large circle, followed by five women and one girl dressed in 19th century floral-print gowns with C-shaped combs, shuffling their feet in small side steps to the rhythm of the drums. [CLICK ON THE HEADLINE OF THE STORY TO SEE A SHORT FILM CLIP]

Representatives of the US Fish and Wildlife Service, the Environmental Protection Agency, and the US Army spoke. Refuge manager Mark Williams welcomed the audience. A senior western swing trio fiddled and swung. The On the Caddo Lake Singers, an old-fashioned singing group, harmonized as they sang "Floating Down the Caddo." The Bobby Mercy Oliver Jam City Revue, specializing in blues, played the low down stuff after the ceremonies.

Louie Gohmert, the Congressman best known to those outside his district as one of the House Republicans acting up and clowning around during President Obama's address to Congress, was on his best behavior. He opened his remarks by telling the audience he'd asked Don Henley if he'd ordered up the warm sunny weather for the day (Henley told Gohmert he didn't have that much clout, according to the Congressman) and how Louie's daddy took him to the lake when he was a kid. Gohmert did manage to inject a little bit of politics into his address (although, wisely, not a peep on heath care, not in front of this crowd) by stating that the Giant Salvinia, the invasive aquatic plant that is choking the lake's surface, may be the biggest challenge of all that Caddo Lake is facing. It's true. The lake may be saved, but the gonzo salvinia threatens to kill it by choking out all other vegetation and aquatic life. Gohmert closed by paraphrasing the Eagles' "Hotel California" ("Welcome to Nature's Hotel Caddo Lake, what a lovely place,what a lovely space, anytime of year, you can find it here..."). I guess he meant well with the tribute.

Don Henley spoke last. Dressed casually in a black t shirt and open oxford shirt and olive slacks, and wearing shades, he recalled his boyhood connection to the lake, his realization how special and unique the ecosystem is, other outside threats such as mercury pollution from numerous lignite coal plants in East Texas (a major source of air pollution at Big Bend National Park) and his adulthood desire to do right by it. Caddo is Henley's Walden Pond, in the great tradition of Henry David Thoreau. On this day, he could see the payoff for his efforts in the thousand people who showed up to celebrate the creation of the refuge with him. 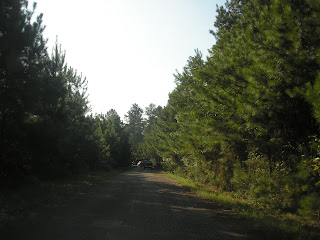 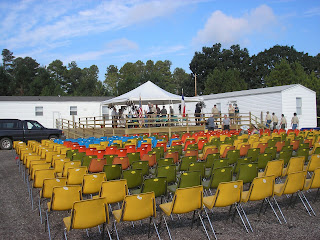 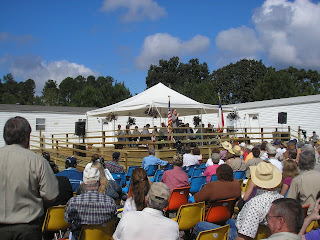 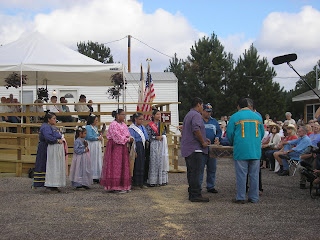 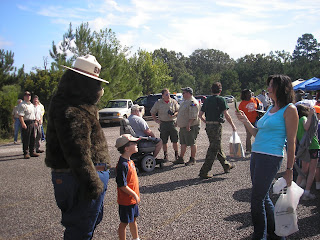 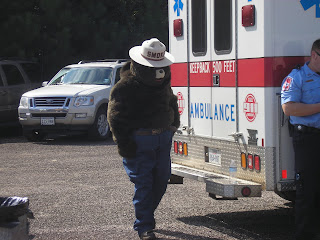 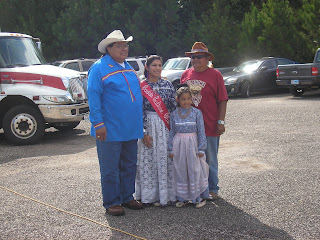 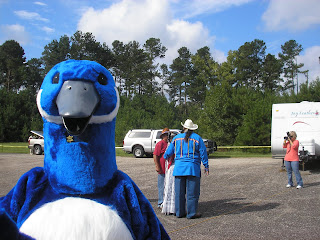 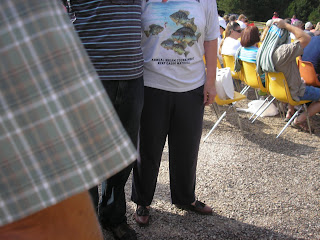 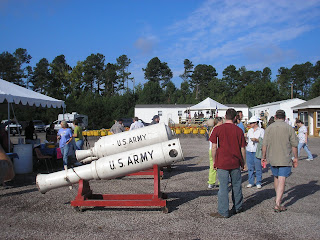 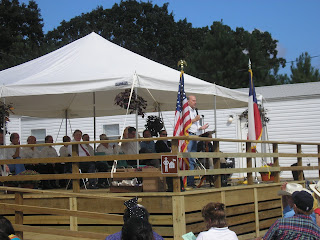 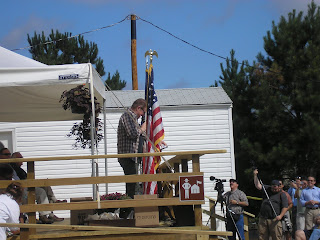 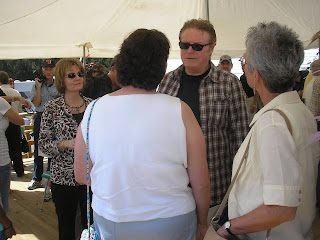 Thanks Joe Nick for sharing the good times had by all at the opening of the Caddo Lake National Wildlife Refuge Saturday. Always good to see you in the Uncertain area, whether with pen in hand or kayaking across the swamp. The refuge is on the site of the former Longhorn Army Ammunition Plant -- Lone Star is still operating north of us near Texarkana. The Caddo Lake Institute had been in business for some time, too, before the fight over the industrial park proposal. The first big struggle was over the Daingerfield Reach -- a massive scheme to run a barge canal through the lake. Caddo Lake communities have fought so many bizarre proposals it is hard to keep the scorecard straight. The good news is that amidst all the contention and disagreements people actually began listening to each other, minds were changed, and hearts found the right place to be. This was profoundly in evidence Saturday at the opening ceremonies. Your writings about Caddo Lake helped make this possible. All your many friends at Caddo and far and wide appreciate you very much and look forward to seeing you among us whenever the notion strikes you. Jack

Jack,
One of the improvements of the blogosphere over the Old Media hard copy newspapers is that corrections can be made. Thanks for the facts check and good seeing you.

Wow what a great turn out for Caddo Lake National Wildlife Refuge. It was great to see so many friends of Caddo Lake, USF&W, TP&W, NBS, EPA, GCLA, CLI, ETBU, Panola College, NPSOT and the newly formed FOCL. With all of the good work that has been done over the last 2 decades (The Ramsar designation) (The CLWMA acquisition), to save and preserve Caddo Lake, the fight over the Daingerfield Reach project (Lone Star Steel and Bo Pilgrim ((Pilgrims Pride)) and the US Army Corps of Engineers) and most recently the fight with the city of Marshall over Caddo Lake water rights, it was disheartening that noone spoke about the fact that people are only allowed to eat 12 oz of fish from Caddo Lake per month. Why is that? Could it be that the Heavy Metals leaching from the Longhorn Ammunition site as one of the Top TEN Federal Superfund cleanup sites in the United States is and has been polluting Caddo Lake for generations? The site where the Caddo Lake National Wildlife Refuge is located? And that the hidden buried items on the site have leached into the groundwater into Caddo Lake? Or do we think that the government has finally cleaned up the Super Fund Site mess. Why has noone addressed this issue? Do you think that it is truly safe to allow anyone on these grounds if you cannot eat the fish out of Caddo Lake? Talk to any of the locals that used to work at Thiokol and they will tell you about the tons of items, trucks, batteries, ammunition, rocket fuel, etc. that were buried on the location.
Don't get me wrong I love the fact that this has been set aside for its return to nature, but the fact of the matter is that the Federal government has done nothing to complete the clean up the site and stop the leaching into Caddo Lake so what's the point? Designate a Nature preserve right next to a federal clean up site. No, they have designated a Nature Preserve On a Federal Superfund Clean up site.
There should never have been a consideration to turn this area over to private citizens for an industrial park, please.
So the next best cover is to give it back to nature and never clean up the Federal pollution. Just leave it buried.

BlueHost is one of the best web-hosting company for any hosting plans you need.