The Space Opera story, music journalism at its best 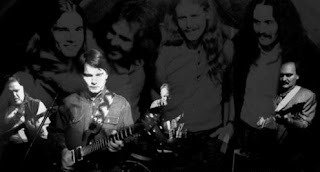 As lousy, PR-sycophantic and hack-infested as most music writing is, every now and then you stumble upon a diamond in the rough.

That's my take of Frank Gutch, Jr.'s four-part history of the band Space Opera, a late sixties, early seventies progressive rock outfit from Fort Worth, Texas, my hometown. The saga is posted on swampland.com . Gutch's research was motivated by his impression that Space Opera was from Canada, and that their sole major label release was a brilliant recorded work. He started asking questions and ended up writing what could just as well be a book. It is the complete telling, going back to earlier efforts of band members and going forward to update readers on Whatever Happened To....? all the band members.

I thought I knew the band, but Gutch digs deep and tells a fascinating tale of how they came together, and how active members, especially a young David Bullock, were players in Houston's developing folk music scene in the late 1960s that eventually produced Guy Clark, Townes Van Zandt, Nanci Griffith, Lyle Lovett, and many more.
There's even some interesting Jerry Jeff Walker trivia. Check out this photo of SO precursor Whistler, Chaucer, Detroit, and Greenhill. 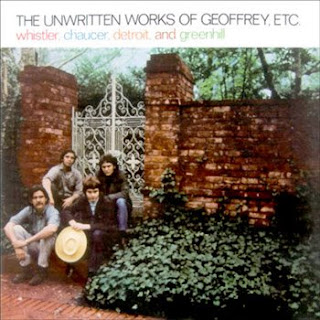 This album cover is pretty great for two reasons besides the music inside: Guy Clark designed the cover, and, with one band member missing, Guy graciously posed as part of the band.

What was most personally rewarding was Gutch's reporting on the teen recording scene at Sound City, the recording studio in the basement of KXOL Radio station on a bluff above the Trinity River right off 7th Street. It details the earliest recording work by the teenager who would become known as T-Bone Burnett (most of the kids at Paschal High knew him as Terry back then), the jive producer Major Bill Smith, and the pre-Daniel Johnston character dubbed the Legendary Stardust Cowboy.

Gutch makes a very persuasive case that Space Opera were as great as folks in Fort Worth and precious few other places believed, an especially timely analysis in light of the recent passing of band member Phil White.

Two of four parts are posted as of today (September 26). More to come.
Posted by Joe Nick Patoski at 3:54 PM