This was forwarded to me from Mike Morgan, one of Danny's dearest friends from Kingsville and Austin both. Dwarf, another solid vato from the brush country, says all that needs to be said: 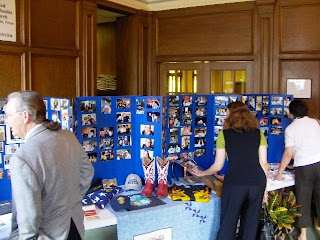 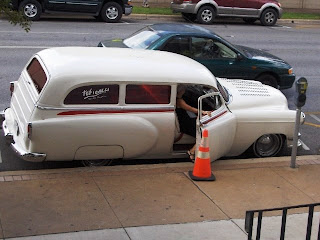 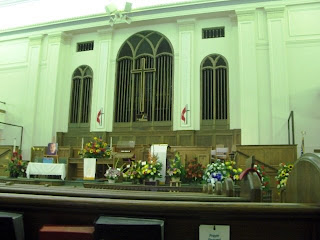 Standing room only in a very large, balconied church. (Glad we got there early.)
Robert Coe spoke, representing Bluebonnet Lane & South Austin neighbors;
Goose Garza sang "Danny Boy";
Scott Conard was great!
Granddaughters Kathryn and Haley spoke...really choked us all up with their descriptions of, memories of,
and thankfulness for: "THE Nicest, Coolest Granddad EVER!"
Amen.

(First-hand accounts of others may differ, but here's my recollections):
From the pulpit, Reverend Norman Roe (Danny's friend of almost 50 years) opened things up by recounting to the multitude, Danny's conversation with his dear friend Bo, aboutBob Dylan's tune "When the Deal Goes Down", his discussions of the lyrics with Bo, how Danny suggested they somehow summarized his life...and opened the ceremonies with Dylan's song...Later in Rev Coe's very personal and eloquent remarks, he broke down, sobbing, unable to continue for awhile.Perhaps my favorite story: The Rev McMullen, another decades-long friend of Danny's, was speculating out loud about "The Kingdom of Heaven"...scriptural descriptions, his own personal thoughts/conceptions, and the conceptions of others. He then told of talking with Dannyone typical day in the Texicalli... amongst the Texicalli clientele that day (with whom Danny was making the personal rounds,
and to whom the Rev was personally introduced) were a couple of little old ladies proud of traveling around in their new RV,a Senator and his congressional staff, some good 'ol South Austin liberal type regulars, this preacher, and others. "Getting together in that one room, this congregation of such diverse types!... Now, THAT is my idea of the Kingdom of Heaven!!!"
Raucous applause.
"'Love 'em all, and let God sort 'em out,' as Danny would say."
And sweeping his hand over the multitudes of Danny's friends gathered in this First United Methodist Church (including, of course,the likes of Kinky Friedman, Max Nofziger....) the Rev continued: "Now, here's the most eclectic gathering of people who have ever been here, and who will never be in this room together again! THIS is the Kingdom of Heaven!!!"
Thunderous applause.
and Amens.
All remarks were interspersed and interrupted by lots of tear-choked laughter and applause..
... "If there were just some more Danny Youngs around, this planet would be a MUCH BETTER PLACE."
Amen.
Reverend John McMullen, had the duty of bringing the thing to a close.
In doing so, he also broke up, crying, and took awhile to re-compose himself.
One of them, during a crying spell, apologetically turned around to the preachers behind him, telling them "I almost made it."
"We had a bet," he turned to tell us.
Uproar of laughter.
First time I ever saw one, much less two, preachers break down while presiding over a funeral.
Family was allowed to exit, followed by the rest of us heading toward Antone's...
to the sounds of Ernest Tubb's "Waltz Across Texas." 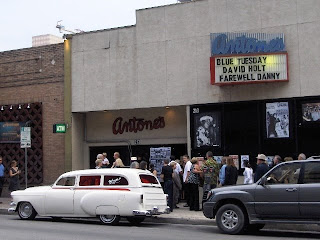 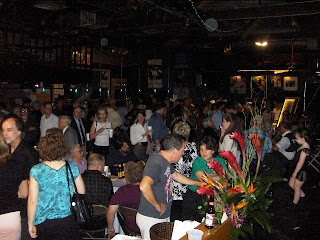 HOW DO YOU LIVE YOUR DASH ?


I read of a man who stood to speak
At the funeral of a friend.
He referred to the dates on her tombstone
From the beginning…to the end.

He noted that first came her date of birth
And spoke the following date with tears,
But he said what mattered most of all
Was the dash between those years.

For that dash represents all the time
That she spent alive on earth…
And now only those who loved her
Know what that little line is worth.

For it matters not, how much we own;
The cars…the house…the cash,
What matters is how we live and love
And how we spend our dash.

So think about this long and hard…
Are there things you’d like to change?
For you never know how much time is left,
That can still be rearranged.

If we could just slow down enough
To consider what’s true and real,
And always try to understand
The way other people feel.

And be less quick to anger,
And show appreciation more
And love the people in our lives
Like we’ve never loved before.

If we treat each other with respect,
And more often wear a smile…
Remembering that this special dash
Might only last a little while.

So, when your eulogy’s being read
With your life’s actions to rehash…
Would you be proud of the things they say
About how you spent your dash? ---- by Linda Ellis

No prob 'tall with your dash there, DRY.
Thanks for your hugs, laughter, non-judgemental love, no-holds-barred-cut-through-the-BS-distilled words of advice and wisdom, and for walking your talk
and making it look so "damn-how-can-it-be-any-other-way ?" selflessly easy and natural.
“Your friends, your money, and your health will go by the wayside somewhere along the line, but you always have your family.” ---DRY
“It took me 48 years to know what I wanted to be when I grew up -- a grandpa.
Forget rock 'n' roll star, forget major-league ballplayer, forget president of the United States .” ---DRY
“I try not to contemplate too heavily. I prefer the ‘my karma just ran over your dogma’ humorous mentality rather than ‘What’s the Great Mystery of the Universe.’
I just like life.
I love existing.
I am crazy about people and their existence. And what they are doing with this time that we have here.” ---DRY
“Don’t waste your time looking for the negative and how bad things are. Let’s just drive towards the light. OK?
Keep movin’ on. Just love one another.
Don’t worry about locking your brains together because your brain will think of something that will separate you.
Just lock your hearts together and march in that direction.” ---DRY
“Just be nice.” 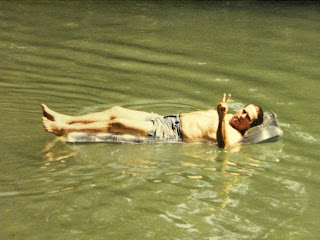 What a helluva, absolutely unabashed nice dash, Danny !
With much love
and heartfelt thanks to an Obviously Benevolent Creator
and to the Young Family for sharing such an uncomparably magnanimous, unconditionally loving Danny with us...
just one of the many who was Blessed to have been part of Danny's Kingdom of Heaven on earth...
Truly yours,
dwarf
Posted by Joe Nick Patoski at 12:21 PM