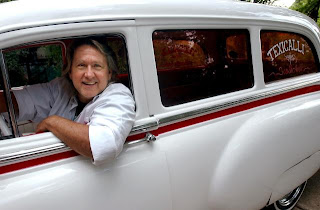 The sendoff of Danny Roy Young, as reported by Michael Corcoran in the August 27th edition of the Austin American Statesman, was what a funeral should be but rarely is because there isn't anyone like Danny. People told stories, music was made, there was much laughter and applause, pastors cried along with everyone else. All that was missing was Danny's voice rising above the din, followed by more laughter.

Austin lost a piece of its soul when the Mayor of South Austin passed, and half its population lost their best friend, the one who advised, when the chips were down, to just be nice. One granddaughter testified how she thought her grandfather was cool. Everyone in the house knew exactly what she was talking about.

In Danny's honor, be nice to someone today. 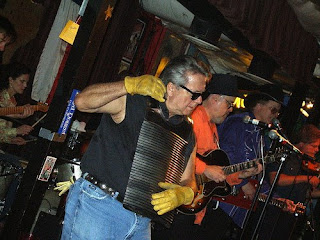 The Lord of the Board w/the Cornell Hurd Band, left, was also a mainstay of Ponty Bone's band and the Texana Dames (photo by Robotclaw666) 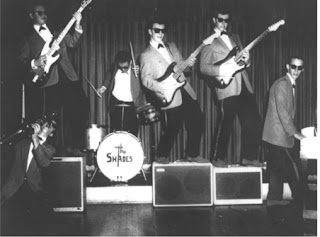 Danny on drums with his teen band, the Shades
("Look out, it's the LCB!")
Posted by Joe Nick Patoski at 9:09 PM