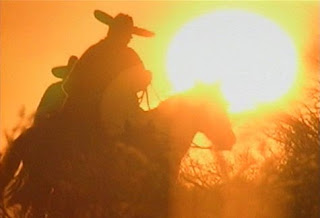 Come out to the Bullock State History Museum in Austin, Thursday May 6 to watch the film Border Bandits, made by my Dallas friend Kirby Warnock, based on an oral history his grandfather gave him in the early 1970s. It's profound revisionist history. Following the film is a panel discussion I'll be moderating, so no fussing and fighting or microphone hogging.

It’s won the Deep Ellum Film Festival’s Audience Award, garnered a “Texan of the Year” nomination from the Dallas Morning News, and even sparked a bill in the Texas legislature. Now it’s headed to the Texas Spirit Theater.

Based on the oral history of Roland Warnock — grandfather of filmmaker Kirby Warnock — Border Bandits explores the alleged shooting of two allegedly unarmed Mexican Americans by Texas Rangers in 1915.

A discussion of the film will follow the Thursday, May 6 screening. Panelists include Dr. Don Graham, University of Texas professor, writer for Texas Monthly and author of several cowboy books; Dr. Maggie Rivas-Rodriguez, UT journalism professor, oral historian and director of the U.S. Latino & Latina WWII Oral History Project; Antonio Leal, senior captain and assistant director of the Texas Rangers and others.

According to the film, a group of Mexican "banditos" raided the McAllen Ranch in southern Texas. The next day a group of Texas Rangers purportedly eliminated the perpetrators. The late Warnock, then 19, witnessed the attack while working on the Guadalupe Ranch near present-day Edinburg, Texas, and later buried their bodies next to what is now a paved farm-to-market road.

“As an Anglo Texan who grew up with The Lone Ranger, I had to overcome a lot of disbelief when I started investigating this story,” says Warnock the filmmaker, whose exploration began nearly 40 years ago as part of an oral history project at Baylor University. “But it all happened, just as my grandfather said it did. I invite any doubters or skeptics to come watch it and judge for themselves.”

banditsBorder Bandits opens at the Texas Spirit Theater of The Bob Bullock Texas State History Museum on May 6, 2010, for a limited engagement. Ticket prices are $5 for adults, $4 for seniors, military, students, and youths age 18 and under. The Texas Spirit Theater is located in The Bob Bullock Texas State History Museum at 1800 N. Congress Avenue at the corner of Martin Luther King, Jr. Blvd. For info and tickets, call (512) 936-8746.

Showtimes and panelist appearances are based upon availability and sell-outs, changes, and cancellations occur without notice.
Posted by Joe Nick Patoski at 9:38 AM

Beautiful banner at your site as well, I am reminded of some wall paintings by the Mexican artist, Diego Rivera, such as this one http://EN.WahooArt.com/A55A04/w.nsf/OPRA/BRUE-8BWNY4. You browse more murals of his at wahooart.com.