hanging with the old pros 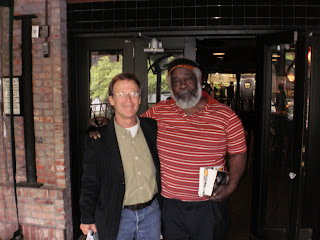 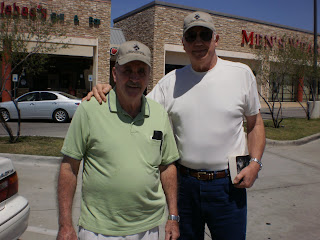 Tony Liscio and Jerry Norton, two pioneering Dallas Cowboys. Jerry played for the '61 Cowboys when they weren't very good, as well as Philadelphia, Green Bay, and the Chicago/St.Louis Cardinals after high school ball for Texarkana, Texas High.
Tony started with the Cowboys in '63 when they were bad and was with the Cowboys in '71 when they won their first Super Bowl. He knows good from bad.
Posted by Joe Nick Patoski at 9:09 PM