The 20th annual Texas Accordion Kings & Queens show in Houston, presented by Texas Folklife, may have been the best one yet. Santiago Jimenez, Jr. and Mark Halata and Texavia with Mark Rubin on tuba brought out the traditional sounds and the polka dancers in their bright red jackets (none of whom brought up the Grammys dropping the polka category because they were too busy dancing); Lady D and the Zydeco Tornadoes, Cedryl Ballou and the Zydeco Trendsetters featuring three generations of the Ballou family from guitarist Classie to hard-pounding drummer Camron, and Sunny Sauceda and his band put modern twists on classic sounds (Sunny's cover of ZZ Top's "Tush" was pretty Out There) ; and the Big Squeeze finalists (Gloria Jean Cantu, Juan Vasquez, winner Heri Rodriguez, and Anthony Ortiz Jr.) demonstrated exceptional chops.
It was a special treat getting to watch Big Squeeze finalist Anthony Ortiz Jr. from Austin back up his grandfather Shorty Ortiz, leader of the infamous Shorty y Los Corvettes, the first band my compadre Joe "King" Carrasco played in when he came to Austin. El Shorty sizzled on guitar and vocals on his old hit, El Troquero.
The range they covered through the night left me smiling with the knowledge the future of Texas accordion is as bright as its past and present. Vamos a get down,l laissez les bon ton roulet, and Jak Se Mas were rallying cries heard from the huge crowd sitting on the grassy hill under a full moon. "Viva Seguin" was performed at least three times. Too much was not enough. 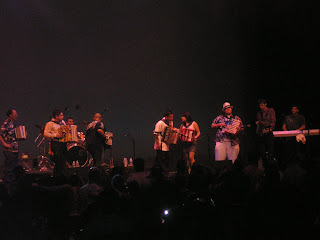 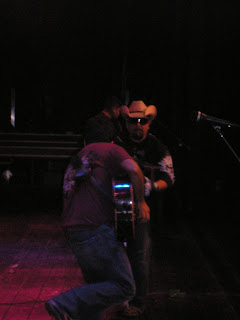 Sunny and bajo player Leroy Esparza mixing it up 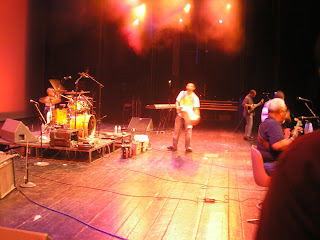 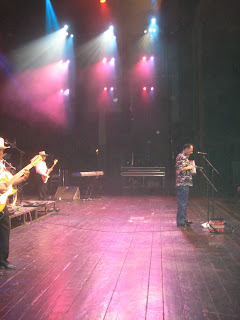 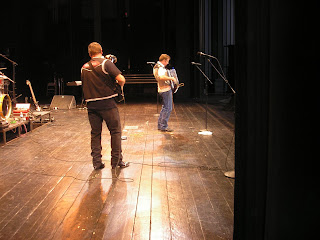 Mark Halata mixing it up with Bruce Brosch and Texavia 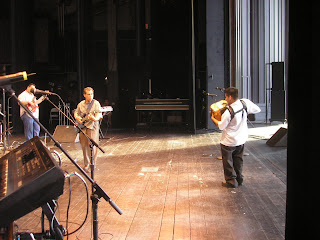 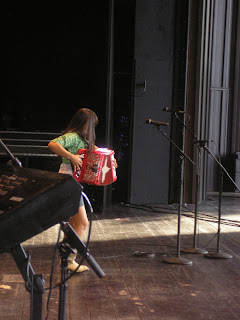 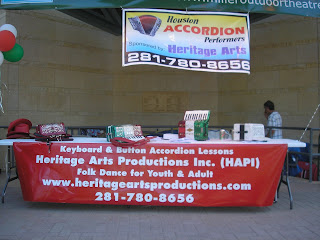 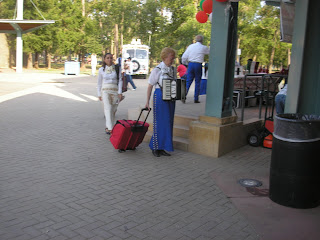