Driving back from Jefferson on I 35 E south of Dallas, I noticed the lights were on at Willie's Place at Carl's Corner, as was a billboard just before the exit, so I pulled in to check it out.

The old Carl's Corner has been remodeled and gussied up considerably, and there were people milling around inside, purchasing Willie memorabilia. The hallway between the store up front and the performance space retooled into a Willie Walk of Fame and I was pleased to see Willie Nelson: An Epic Life prominently displayed in one of the showcases, so I fetched another copy to give to the store.

The cashier called up the store manager, Jeff Promes, who'd shown me around the facility while I was writing the book. Jeff said the new joint did a soft opening during the Christmas holidays, and was still about a week away from getting the biodiesel refinery cranking and the biodiesel pumps working. Right now, there are traditional gas pumps for everyday motorists, competitively priced ($1.69 a gallon for regular and $1.89 for super premium).

Jeff walked me back to the theatre where Willie and Asleep at the Wheel will close out their short tour promoting the Willie and the Wheel western swing album on February 24, which will mark the Grand Opening of the Truck Stop of the Future. Off to one side is the radio studio for Willie's Place (and Outlaw Country and the Open Road channels) on Sirius XM radio where Eddie Kilroy and Dallas Wayne do their daily shows. The studio allows for impromptu performances and live recordings including the February 24 show.

Jeff said Willie's Place at Carl's Corner won't be fully up and running until the restaurant and bar open, which should be no later than late February.

It's been a long and slow go since Carl's closed two years ago but the wait should be worth it. 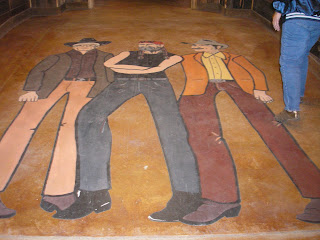 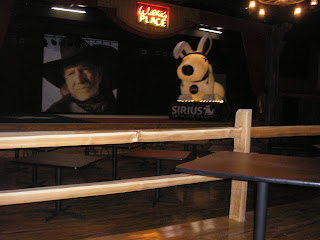 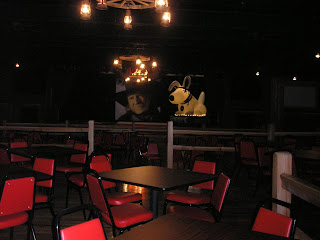 Check out more info at WillieNelson.com and the slideshow at the Waco Tribune http://www.wacotrib.com/photos/mediahub/07032008_willie/slideshow/index.jsp?tId=112865
Posted by Joe Nick Patoski at 11:43 AM