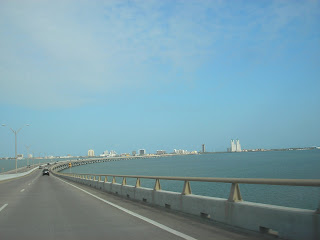 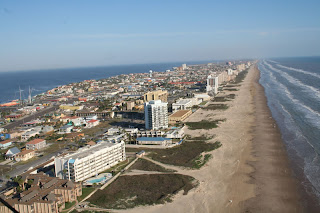 I’m not a cement pond kind of guy. My preference leans towards natural swimming locales such as springs or rivers. But no matter how much you might or might not enjoy swimming, bodysurfing or playing in the Gulf, pool time on the island is critical for the full-on beach resort experience.

Pools have become a year round centerpiece on SPI as the island has been developed and matured, mainly through the combined miracles of heating elements in pools, windbreaks, and outdoor heaters around the cabanas whenever necessary, with a little help from global warming. No matter how blustery the weather might be, or how rough the surf and the riptide can get, or how significant the jellyfish and seaweed beachings, the water’s always warm and comfy in the pool. And given the semi-tropical nature of the climate (only 200 miles north of the Tropic of Cancer), if the weather’s bad one day, meaning highs under the 60s, it’s just as likely to hit the 80s on the next day, even in January.

The better news is, the snowbirds that do congregate on South Padre in winter almost never swim; at best, they’re trying really hard to cop some faint rays. If they do get into the water, it’s usually straight to the hot tub. Meaning the pool’s most often empty enough to swim laps.

For that reason, the search for the ultimate pool on the island has been a driving force determining where I stay in recent years, an allure that somehow justifies shelling out big bucks for vacations at Texas’ premier resort destination.

Understand, the pool has pretty much defined my stays on the island historically dating back to the mid sixties (honest). In the early years, the Sandy Retreat had the bigger, better pool than the Sea Island, the other big pool on the island. Both were much bigger than the diminutive though functional pool at the Miramar where my family often stayed.


Over time, though, the Sandy Retreat funked out and the Miramar declined into a junky cheap motel. The Sea Island, however, became the Radisson, and added a second pool, which made it a preferred destination when we didn’t book at the Sheraton, which claimed the best pool on the island.

After this summer’s Hurricane Dolly wreaked enough havoc and blew around enough debris to prompt closings and reconstructions, the Sheraton included, it was a good time to stumble into the Peninusula Island, a new smaller resort property next door (and in the shadow of) the Bridgepoint Condominiums, the smoked glass tower that for years was the tallest on the island (for all that luxury, the Bridgepoint had a rather small pool). The Peninsula consists of three six story buildings smartly designed around the property’s centerpieces – an infinity edge pool, a lower kids pool, two hot tubs, and a swim up bar. 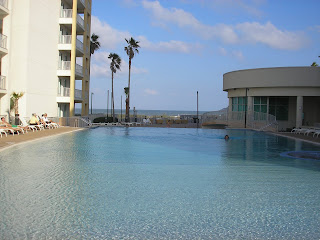 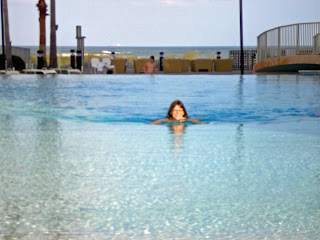 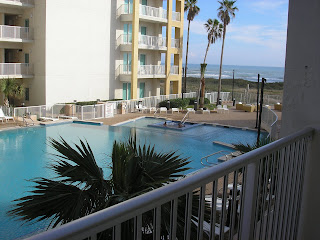 The pool features low wave drains to keep the surface calm, a soft bottom, and water that isn’t overly chlorinated. Lots of deck chairs, cool wicker furniture by the bar, beachy design elements in the building complement the setting and the rooms are spacious, spare in the Euro Med tradition with lots of tile.


Normally, the studio rooms go for $225 in the off season, which is now through the end of February, but we lucked into a rate half that price. It’s worth calling to see what kind of rate you can bargain for or check an aggregator like hotels.com. The low price evidently reflects creeping signs of the Second Great Depression worming its way into the resort bidness. Whatever the reason, the Peninsula and its pool made for a great off-season quick getaway. I can’t speak for the Gulf, but as far as the Peninsula’s pool goes, come on down, the water’s fine. 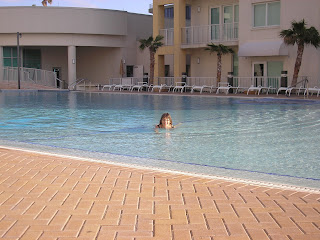 www.peninsulaislandresort.com (click on the headline for a direct link)

The sunset views of the Laguna Madre were pretty cool too. 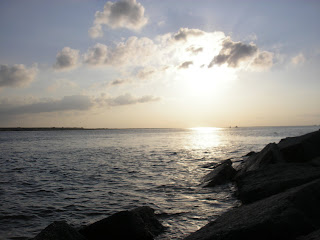 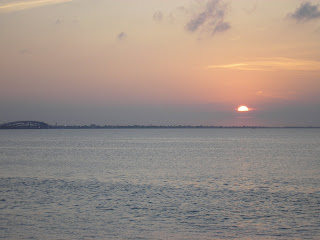 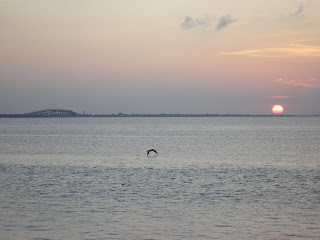 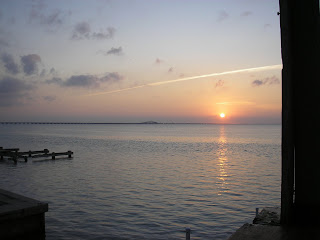 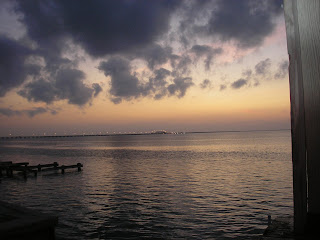 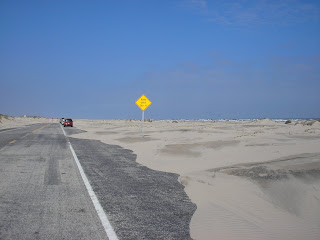 For all of your equipment needs you'll believe the professionals.
Chandler pool service

I have just gone through your blog......your information is so valuable. Im logu from Chennai Beach Resorts in South Padre Island

I have just gone through your blog......your information is so valuable. Thanks for sharing this information. Shifting from one place to another will always be a bothersome process in fully occupied cities like Chennai. Ajay Professional Packers and Movers Chennai is here for you to reduce the shifting pressure with authentic and trustworthy services for all kinds of relocations. South Padre Island hotels